Syfy and Trion Worlds have partnered to revolutionize the integration of traditional storytelling on television and massively multiplayer online gaming with the introduction of Defiance. Defiance leads off with a tentative alliance between humans and several factions of aliens set in a post-apocalyptic earth. Ark Hunters will be challenged with missions to recover alien technology and convert it for human use. Interestingly the TV series and the game are not dependant upon each other, meaning you can just watch the show or just play the game — however if you do both it will enrich your emersion in the world of Defiance. 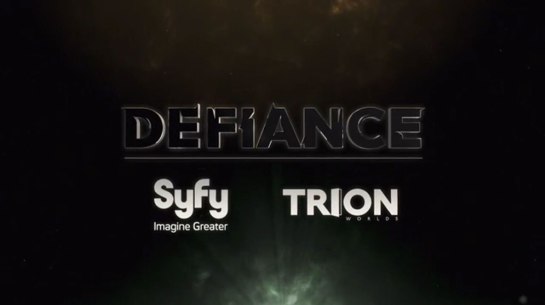 The Syfy television show will focus on a refugee camp located in St. Louis while online players can participate in Trion’s first-person shooter following events in San Francisco. The narrative will overlap both storylines as it develops. The beta version of the game was released in January but the television series is not due out until April. Von Bach Industries is responsible for developing the Environmental Guardian Online or ‘EGO’. EGO is an implant with a symbiotic relationship providing the host with additional powers and acting as your own personal guide in the Defiance universe.